China’s rise to world power status has changed the shape of the world. The U.S.-China bilateral relationship is arguably already the most important one for both countries and it embraces issues of global and regional security, economic prosperity, and the environment, among many others. If Americans tend to ignore history, Chinese do not. The five years in the U.S.-China relationship between 1945 and 1950 that are the focus of Professor Zi Zhongyun’s important study are the seedbed of almost everything that has followed in the ensuing fifty years. Zi Zhongyun is one of China’s leading scholars of international relations and an authority on U.S. foreign policy. Her books, essays, and reviews are widely read in China. This is the first of her books to appear in English.

No Exit? The Origin and Evolution of U.S. Policy Toward China, 1949-1950 offers a fresh and provocative interpretation by an influential Chinese scholar of that critical period of the early Cold War when the United States assumed the role of dominant world power and the Chinese Communists achieved nationwide victory. Using a wide variety of original materials and calling on her profound knowledge of China as well as the United States, Professor Zi skillfully untangles the multiple threads of U.S. China policy. She uncovers the roots of American hostility to the victory of the Chinese Communist revolution and the origins of the continuing Sino-American impasse over Taiwan. Hers is a sophisticated, subtle, and closely argued work of historical scholarship that is essential for anyone interested in the historical roots of contemporary U.S.-China relations.

Zi Zhongyun is a Senior Fellow at the Institute of American Studies, Chinese Academy of Social Sciences (CASS), and former director of the Institute. A graduate of Qinghua University, she is one of China’s outstanding scholars of international relations, American studies, and U.S.-China relations. 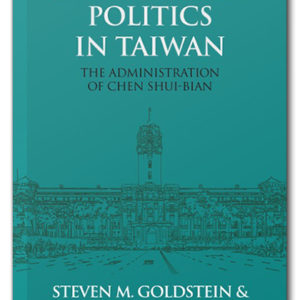